Congratulations to everyone for another successful curling season! The final games were played on Saturday April 6th, 2019 and celebrated by more than 120 people at the closing banquet. 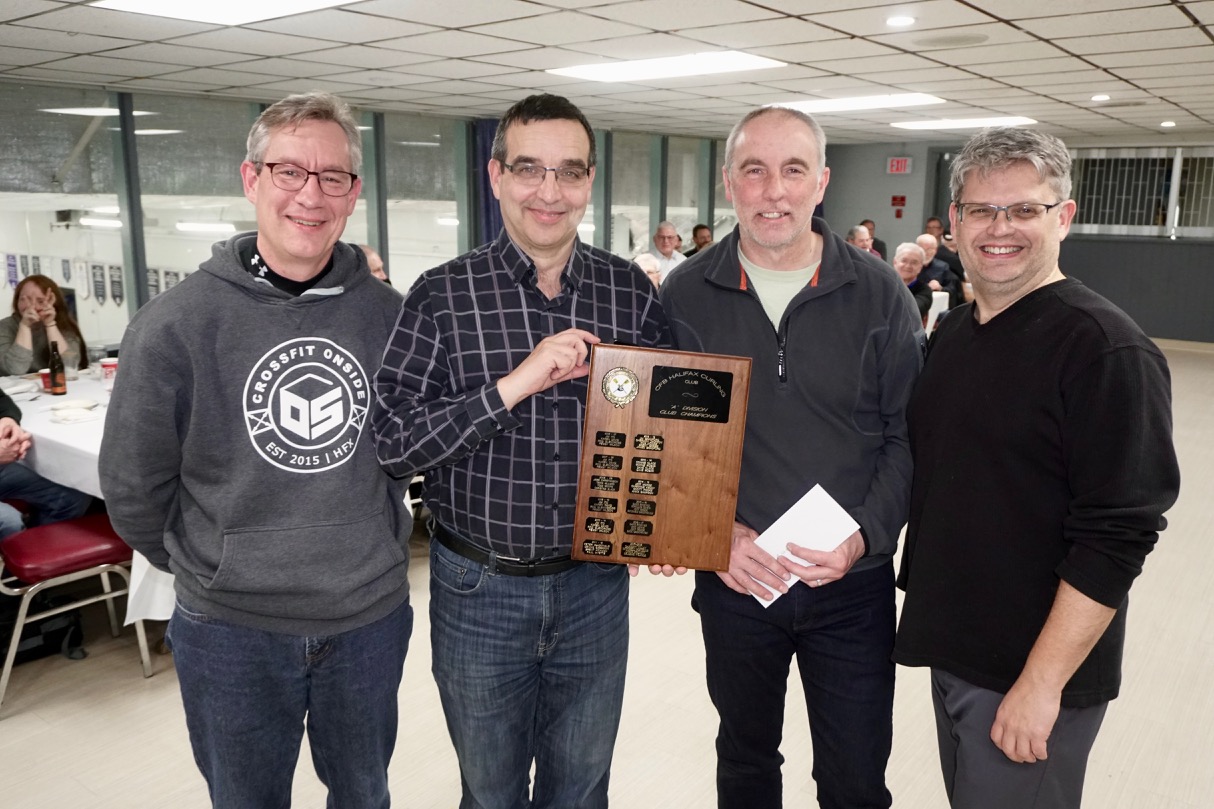 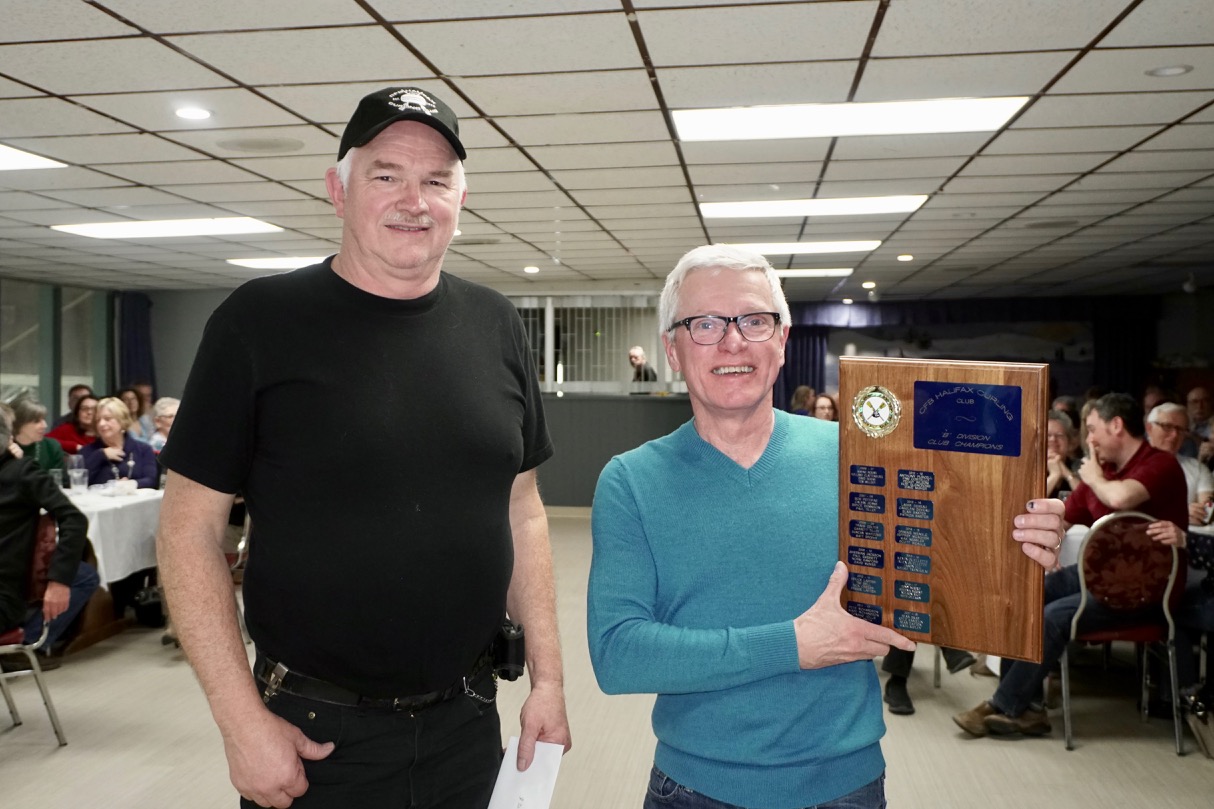 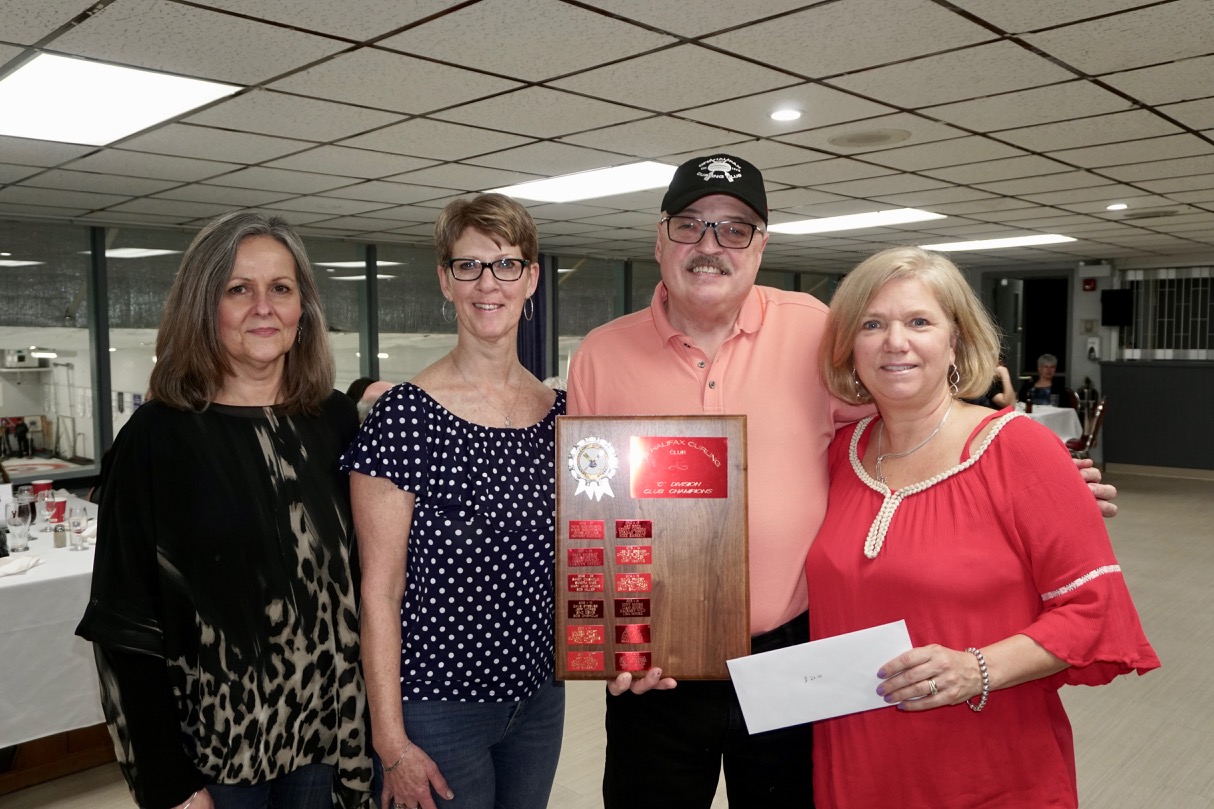 Congratulations to Mary MacInnis and Paul Embrett who received special recognition from the members at the closing banquet. 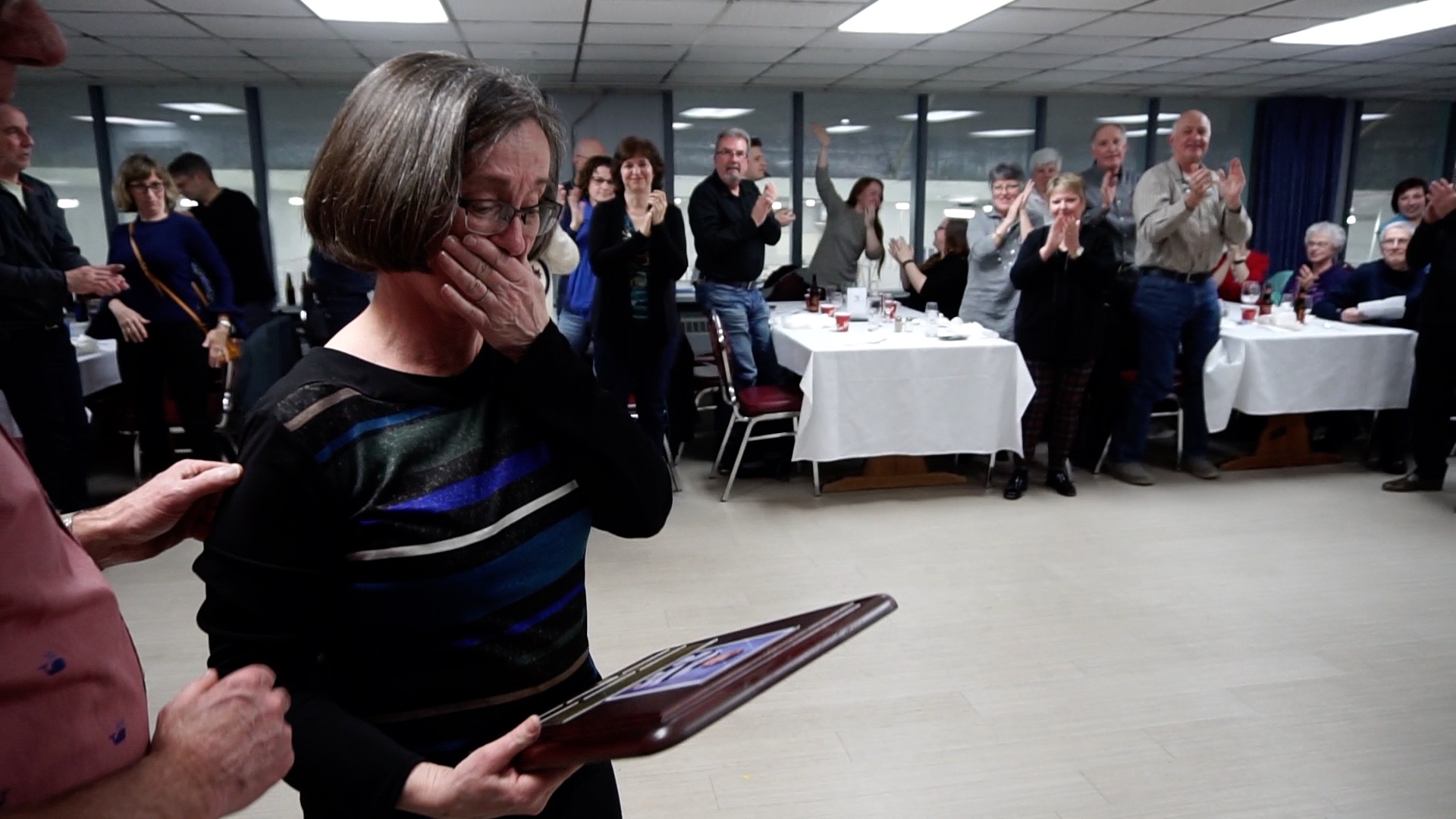 Mary was honoured with the Ruth Mackinnon Fellowship Award which recognizes members who personify the true spirit of friendship and sportsmanship!

Paul was honoured with an Award of Distinction which recognized him for his 12 years of service as Club Treasurer!

More than 110 people attended the banquet. We're pleased to present a short pictorial summary that captured the flavour of the evening! 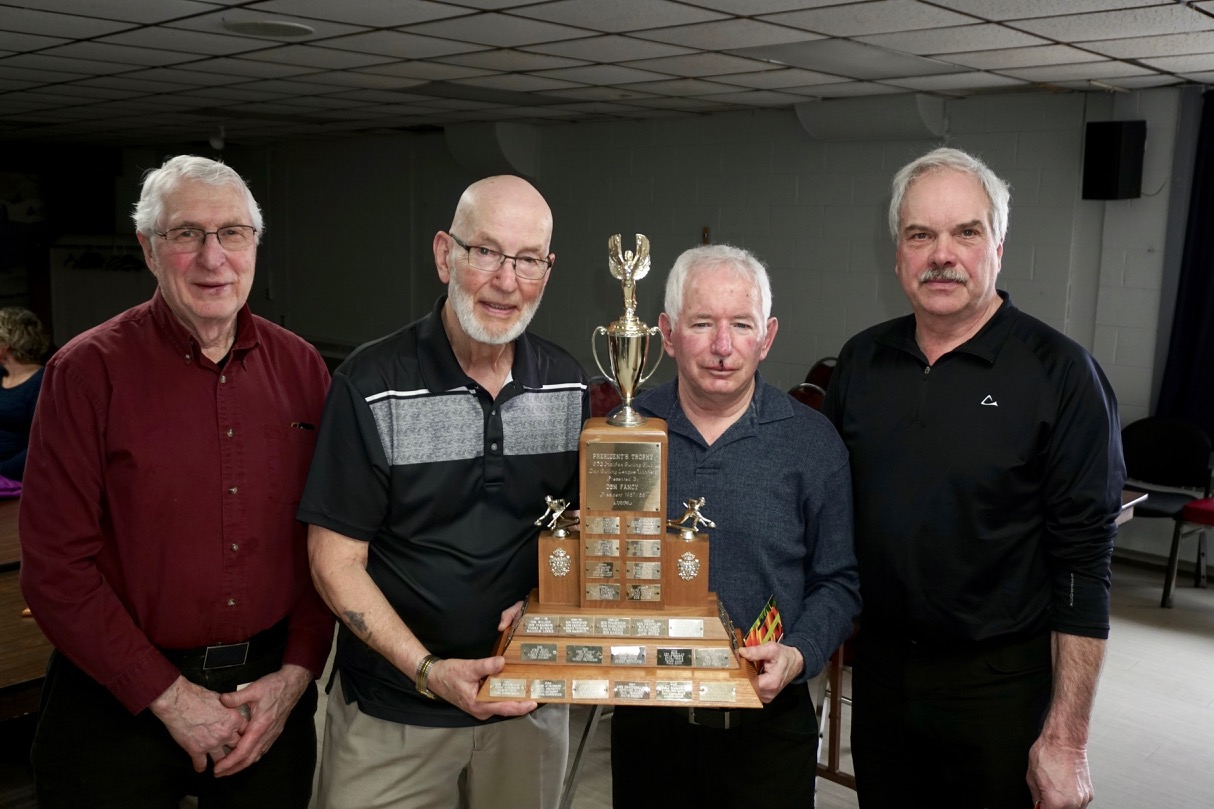 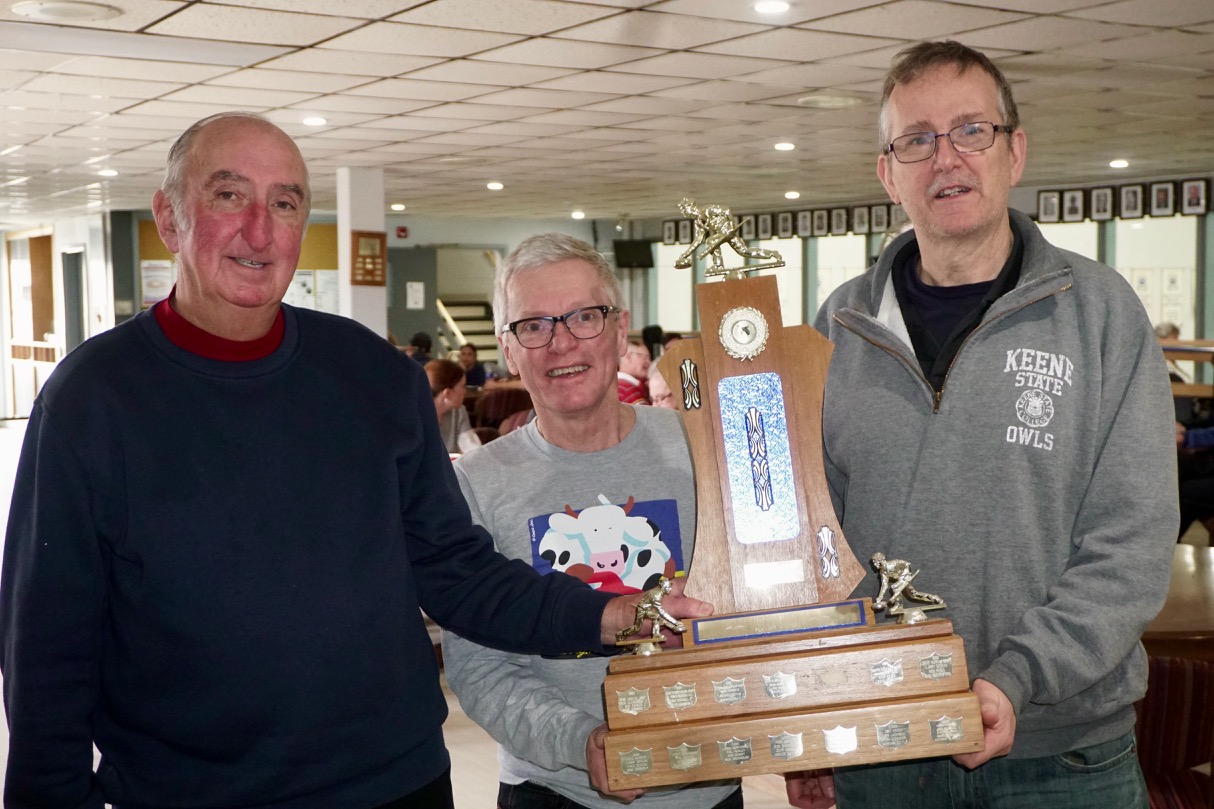 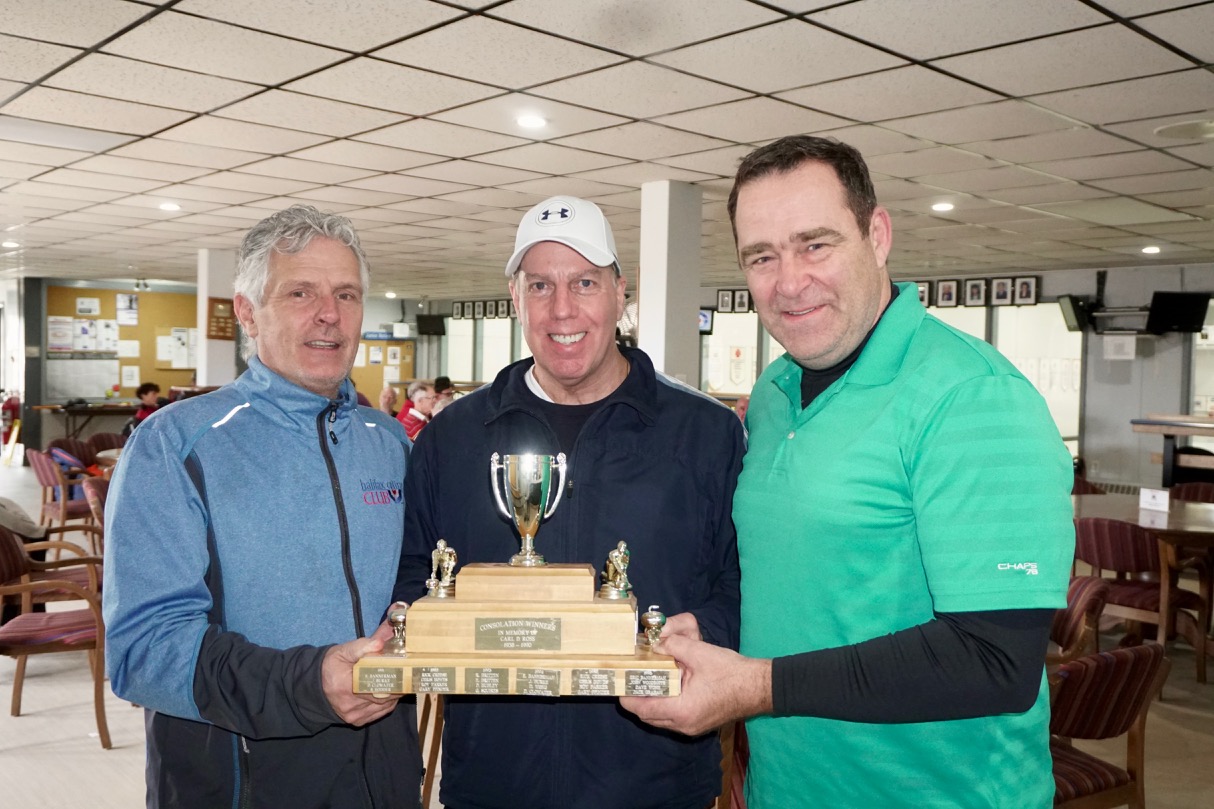 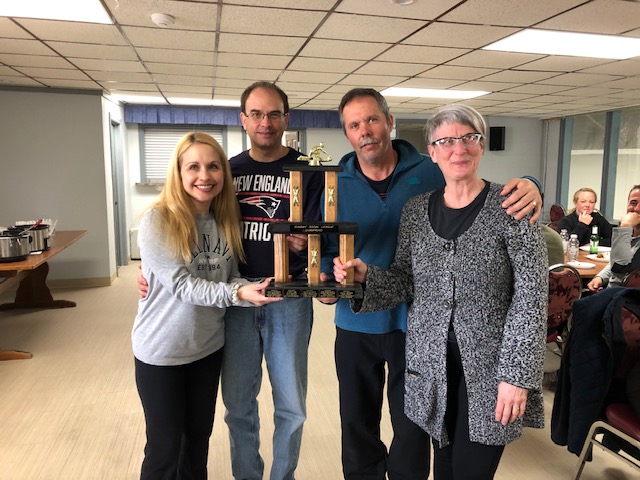 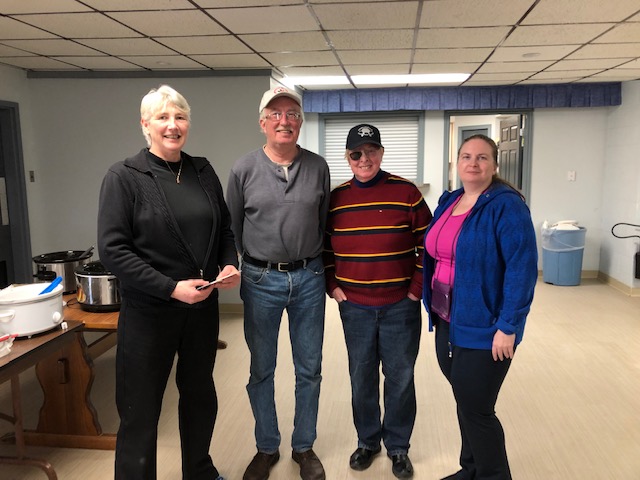 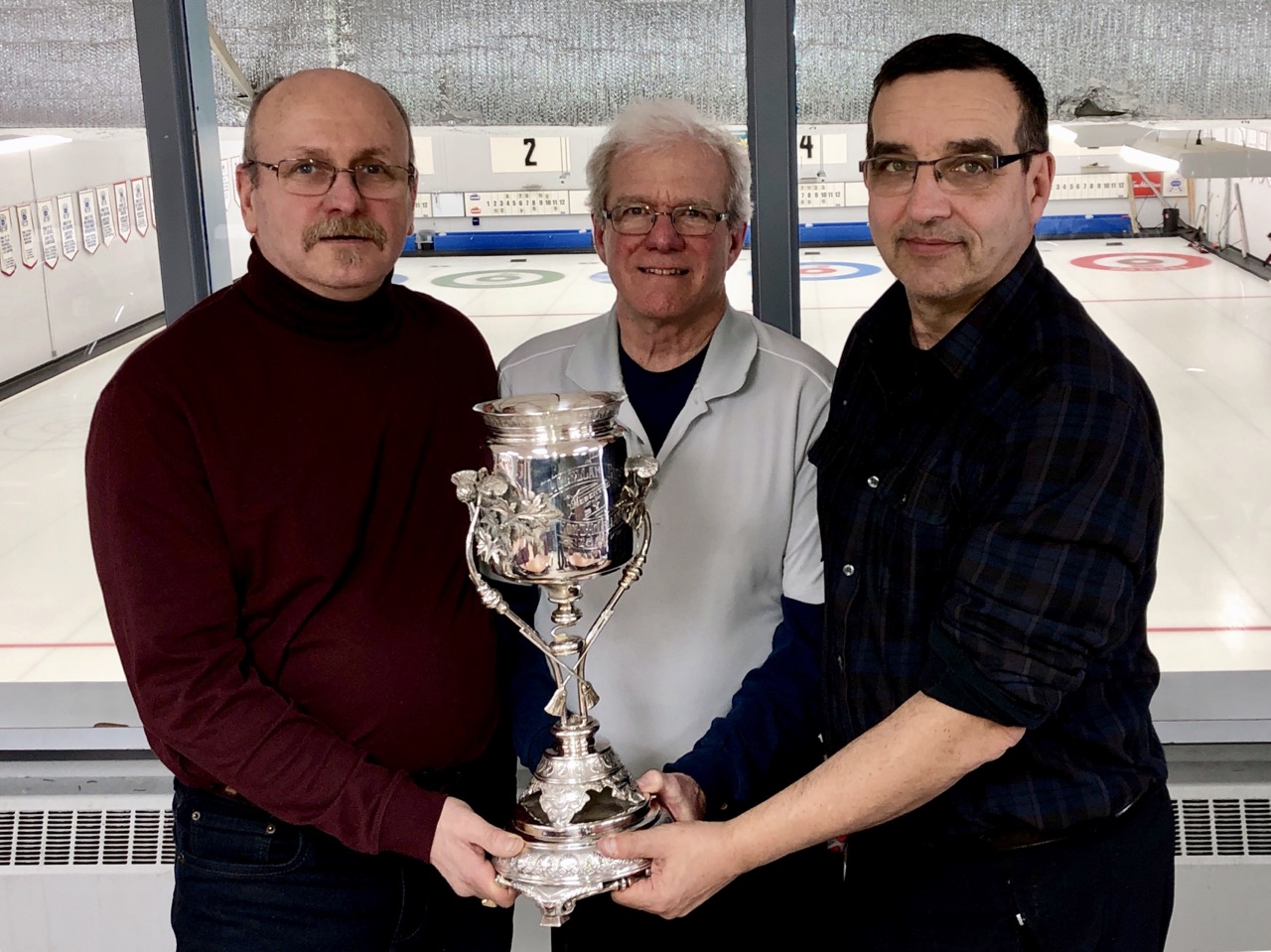 On April 3rd three CFB teams traveled to Moncton. Under the leadership of Wayne Robar, Jim Bradford and Dave Steeves they successfully defended the Moncton challenge winning by a final accumulated score of 44-30.

The Hill team captured the U11 Provincial championship held from March 18th to 20th at the CFB Halifax Curling Club! 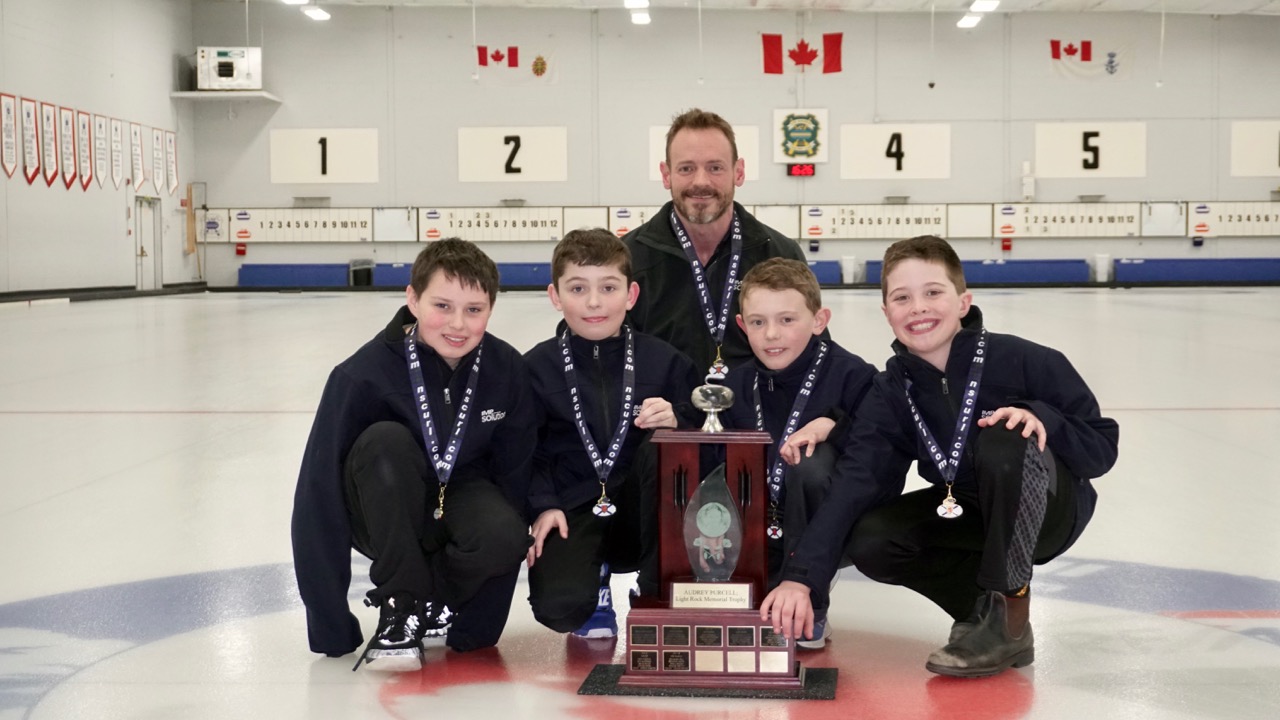 Congratulations as well go out to the Elliot Gosney team who won the "B" Division. Other members of the team included Sawyer Swim, Grace Berrigan and Cara Priske. Coach is Andrew Gosney! 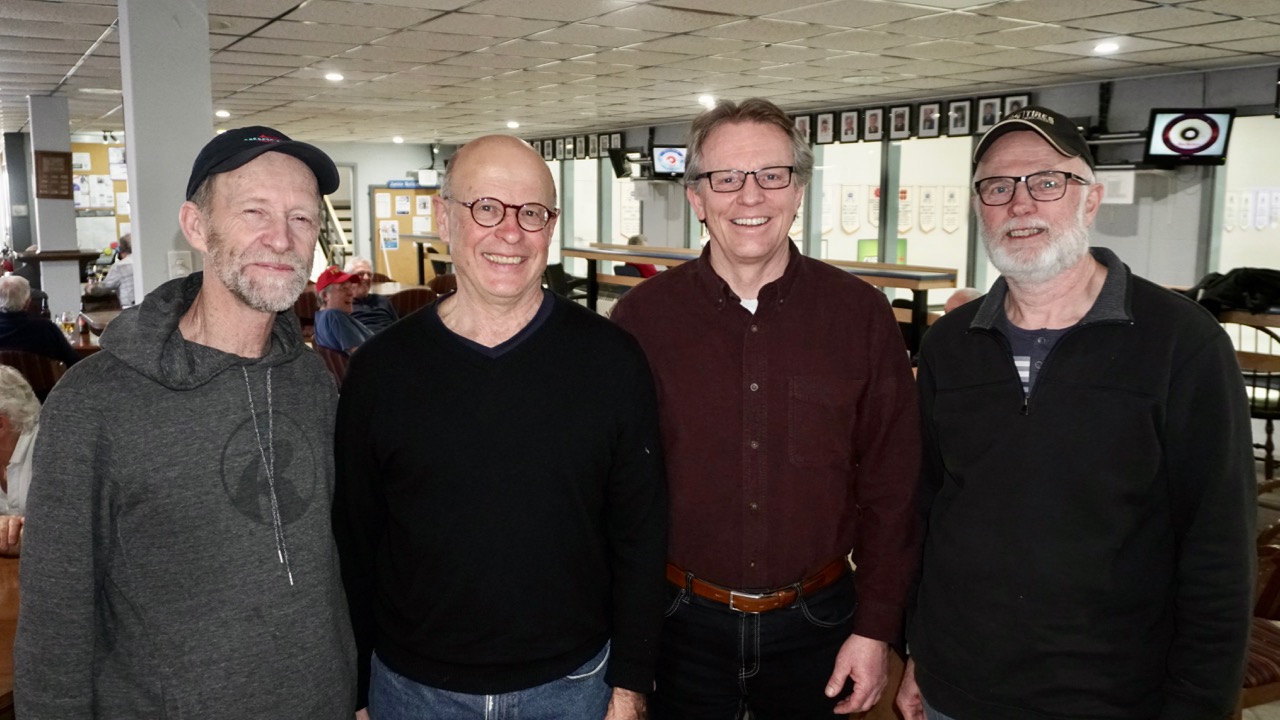 Congratualtions to Dwayne Green and his team from Truro. They captured the 2019 CFB Masters Invitational Bonspiel. Other members of his team include Steve Johnson, Larry Higgins and Mike Topley.

For Video Highlights of the event click on this link: https://youtu.be/zAWLKBJm6Lg Congratulations to the Ron Nelson team who scored and 8 Ender during a Day League Invitational. 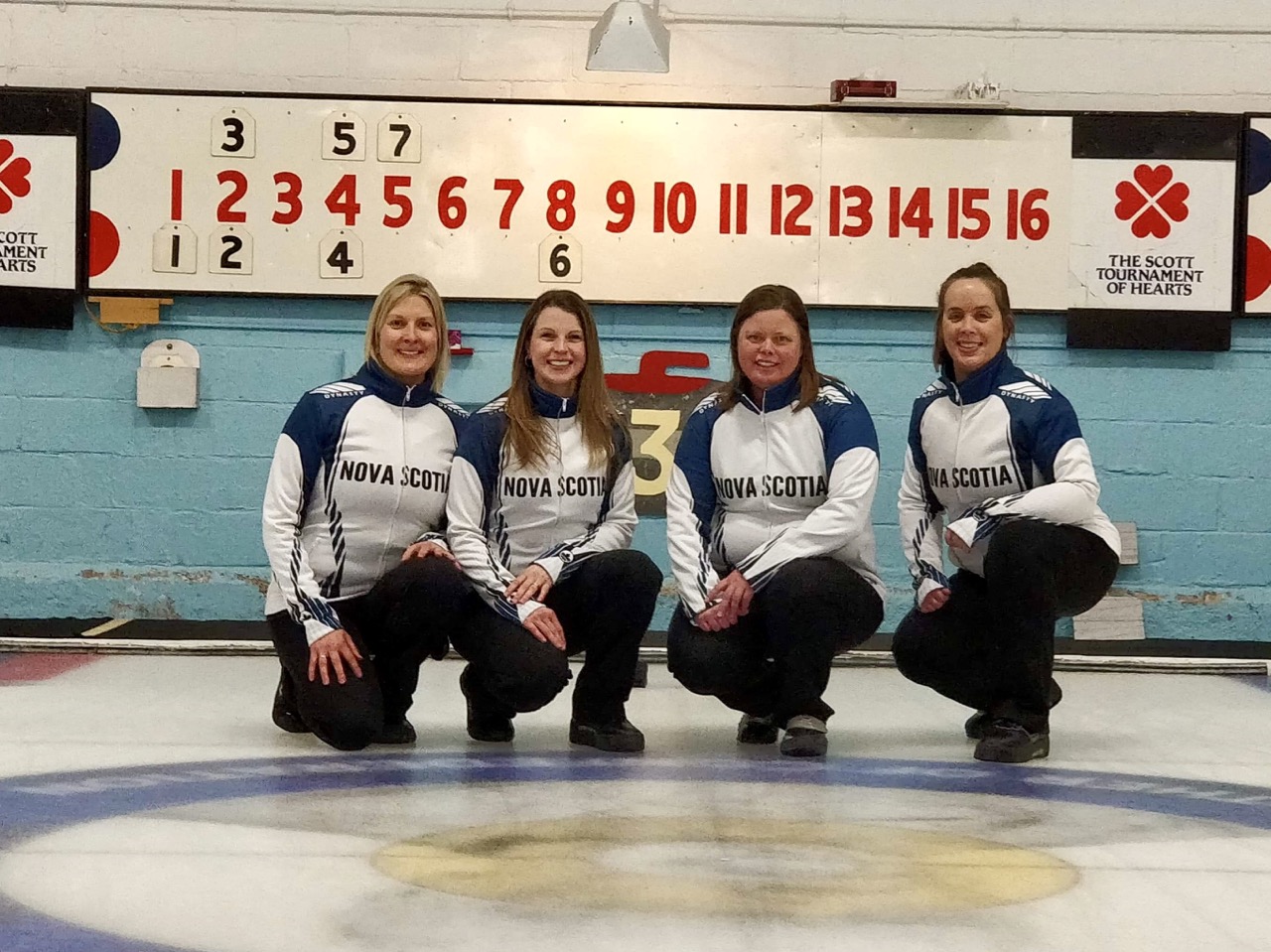 Congratualtions to CFB's Team Morse, the winners of the New Caledonia trophy. 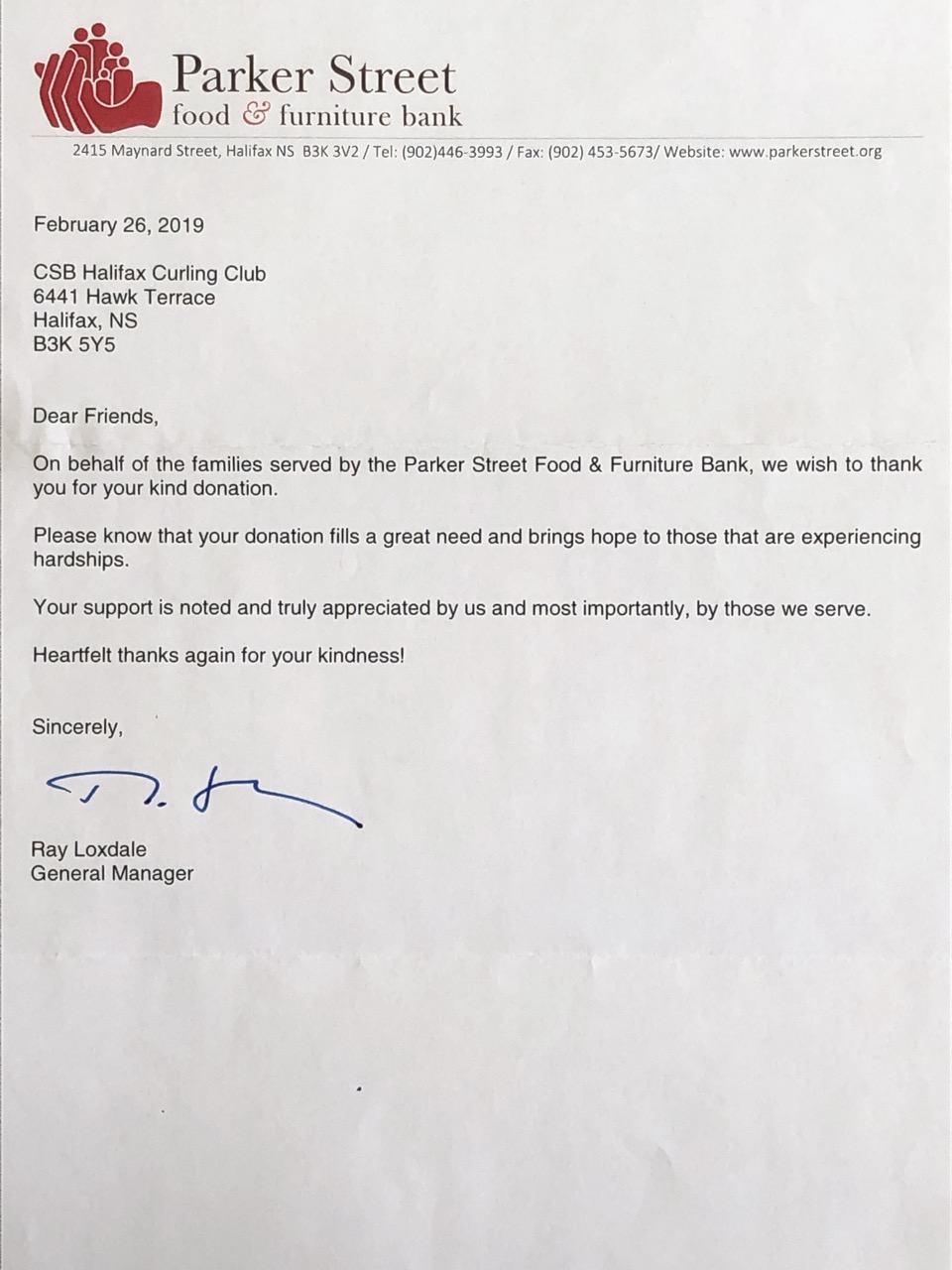 Parker Street Food and Furniture Bank recently thanked the Day League curlers for their continued support of the Food Bank during the holiday season. 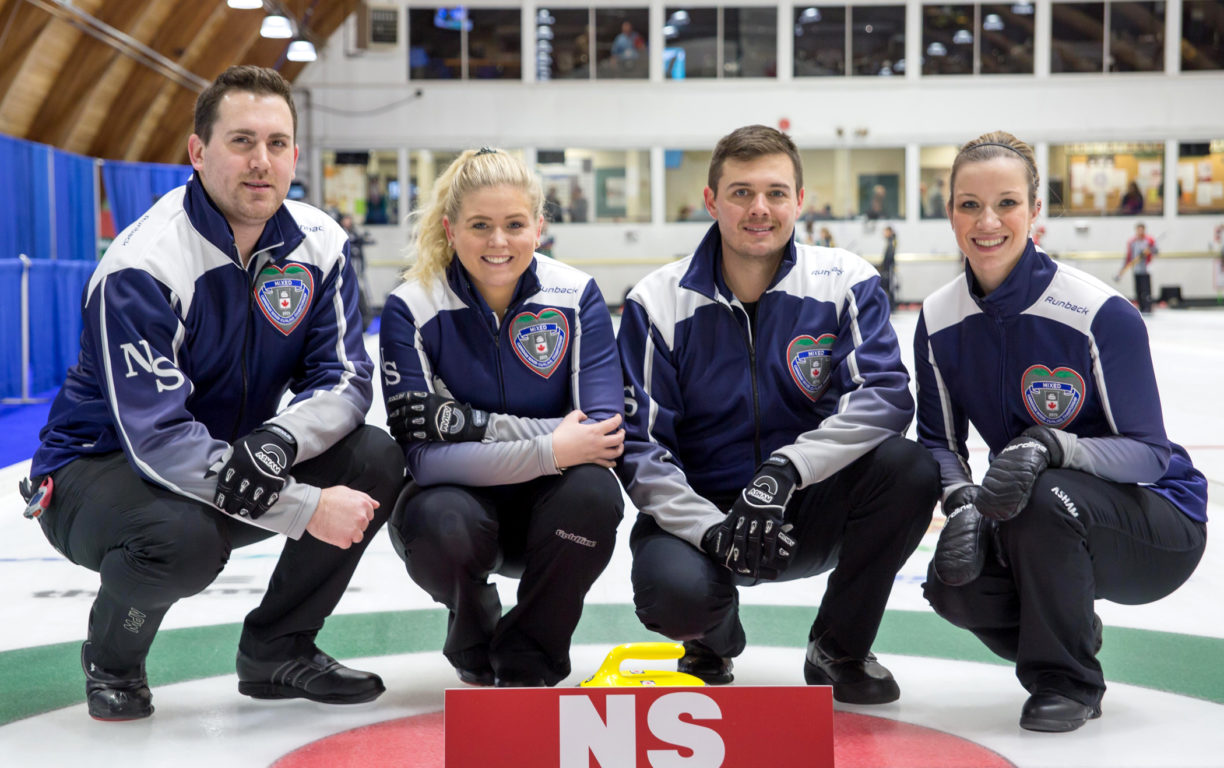 Congratulations to Team Thompson winners of the Silver Medal at the Canadian Mixed Curling Championship! 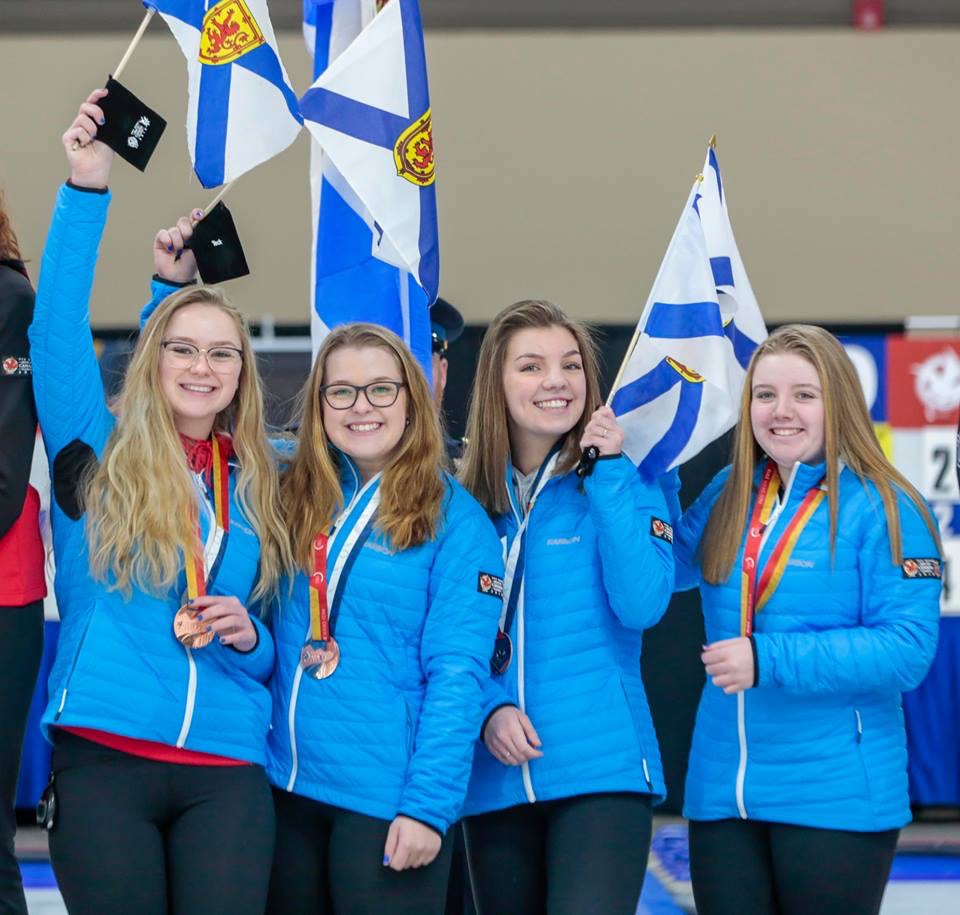 Congratulation to the Cally Moore rink! They won a Bronze medal in Curling at the Canada Winter Games.